Microsoft is going up a blind alley with Windows. 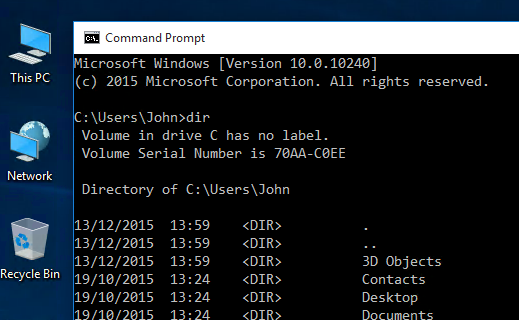 The problem for Microsoft is that they can’t break free from Windows. They desperately need to come up with a whole new OS that’s built from the ground up and isn’t shackled with the legacy of outdated file systems, 8.3 character filenames, paging files, disk fragmentation, .PST files, BIOS etc. Get under the hood in Windows and you very quickly stumble across dialog boxes that originated in NT4. Microsoft issues endless patches and service packs to try and hold the thing together and even on enterprise servers most patches require a reboot – surely this is not acceptable!

Apple had the foresight to completely ditch their old OS and start from scratch with OSX – this has given us an OS that is light years ahead of Windows in so many ways.

A favourite example of mine is the file icons in OSX – they aren’t generated according the the file’s .xxx character extension – the icon for a Word file or PDF actually shows the file’s content and you can even thumb through the pages by clicking on it. A little used function perhaps but how far away is MS from achieving such a feature and this technology leads to other extremely useful features like cover-flow view. As an example: to quickly view all the index.html files buried in a folder, do a search for files matching index.htm and switch the view to cover-flow (as seen more commonly in iTunes) you can now quickly flick through all the resulting pages.

Other built-in features of OSX include journaled disk format, sparse image files, firewire target mode, disk image mounting, instant searches, the Quartz 2D display that uses a development of display postscript, the ability to move a boot disk to another machine or boot from an external disk or even another attached Mac. There’s no Serial number or activation for the OS and only one version – no cut down, nobbled version for the minions. The OS comes with ALL the drivers you need for the hardware you own, because Apple make both parts – this means installation takes 10 minutes and ONE reboot.

Surely, one day, Microsoft will have to drop Windows and make a proper system that isn’t rooted in DOS but if Microsoft were to ditch Windows and start afresh who would stand by them and start with v1.0?  And why bother when there’s already a mature, fully developed, modern OS available.