Sunscreen – for emergency use only.

It’s good to see that the Cancer Research UK website has at last recognised that vitamin D might be important for our health and that shade or clothing should come before sunscreen in prevention of sunburn but all the emphasis is still on the arbitrary use of sunscreen to avoid a suntan.

Only from direct exposure to sunlight does the skin make sufficient vitamin D which will help protect the body from many forms of cancer and other diseases. The media should stop promoting the myth that any exposure to the sun is dangerous. A culture has been created where my kids and their partners will smoke twenty cigarettes a day but worry far more about the ‘dangers’ of slight exposure to sunlight.

Skin cancer is the cause of surprisingly few deaths in the UK – about 20-30 people in a million die of skin cancer every year while smoking causes 43000 deaths. Cancer Research UK’s Sunsmart website references scientific papers to support sunscreen use but those same documents will tell you …

…so perhaps the risk of skin cancer is a small price to pay for the benefits gained from vitamin D?

“Melanoma is the fastest growing cancer in the U.S. and worldwide.”

How can this be, when everybody seems to be slapping on sunscreen which we’re led to believe will prevent melanoma? For thousands of years people lived and worked outside. Throughout the last century school children would spend at least an hour in the playground (mostly in the midday sun) and after school would play in the street. Housewives would be out in the sun hanging up their washing or weeding the garden. And yet Cancer Research UK now tell us that we should get no more than 5-10 mins sun exposure per day – or risk death!

The result of all this advice and the copious use of sunscreen is a phenomenal rise in the incidence of skin cancer, up to 780% for some groups. Perhaps the real cause of rising skin cancer is that sunscreen has enabled people to lie out in the sun all day long without even getting red. Over the past few years it has become de rigueur for holiday makers to reserve a sun lounger at the hotel pool, apply one transparent layer of sunscreen and lie out in full tropical sun from dawn ’til dusk.

Young people these days think they’re safe, covered in a thin layer of (toxic) chemicals that will prevent their skin reacting to the sunlight which has travelled through 97 million miles of space and penetrated 10 miles of atmosphere. Could it be that the rise in skin cancer is directly proportional to the rising use of sunscreen?

A suntan is the body’s own protection mechanism to shield the skin from harmful UV radiation, what could be better?

NEW: There is now said to be an epidemic of Osteoporosis in the west, another disease caused by a lack of Vitamin D. 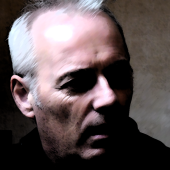 Microsoft is going up a blind alley with Windows.

Agfa – wtf are you doing!

The Eclipse from Helen GA

High Sierra search on ExFAT or NTFS is useless