Paradise in the Maldives? 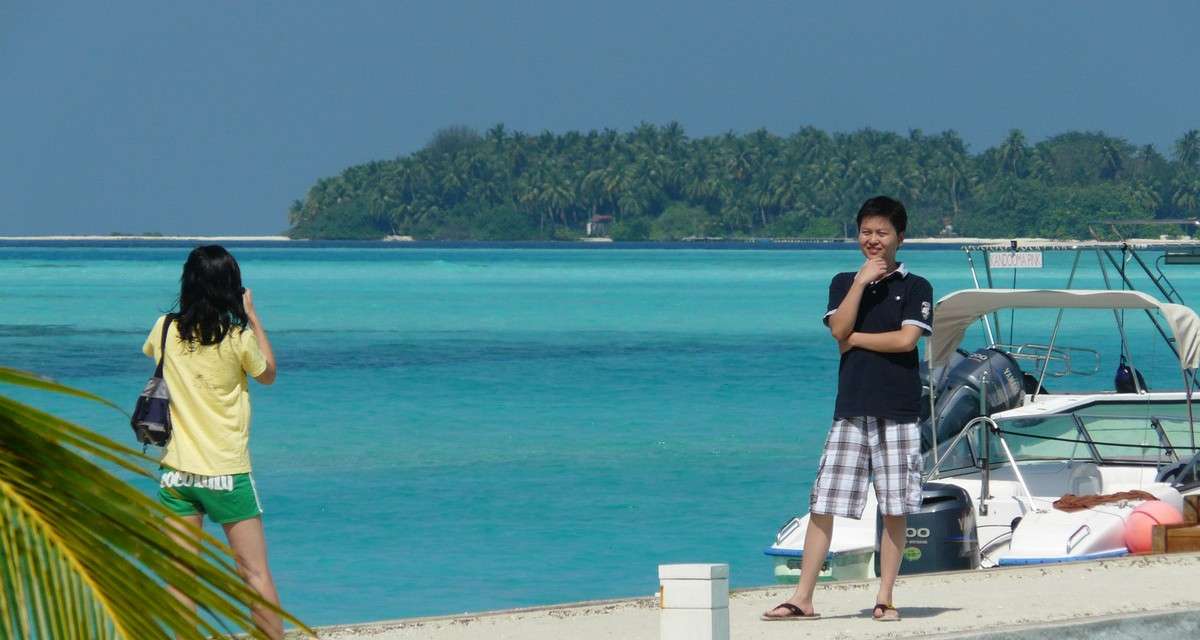 We hoped for the holiday of a lifetime but maybe we expected too much?  One thing I didn’t expect in November was atrocious weather. We didn’t see blue sky for four days, okay it was 30℃ but the wind was ferocious and the rain stinging. I suspect the current weather in the islands is something the Maldivian tourist board want to keep a lid on. We were told it had been as bad for at least two weeks before we arrived and my iPhone weather app had been warning of it for weeks before we got there. Frankly I thought (or hoped) the weather app was just wrong.

Is it climate change?

The greenhouse effect is a simple concept – park your car in a sunny spot with the windows closed to feel its effects. Visible light comes in easily through the glass, hits the dashboard and changes to heat, which can’t pass back out through the glass so easily, so there’s a general build up of energy and hence it gets warm in there.  For the Earth, the atmospheric CO₂ acts just like the car windshield and it traps the sun’s energy just the same. But in a planet sized ecosystem, there are other ways this buildup of energy can manifest itself, we expected global warming but maybe the heat is being converted to higher wind speeds and more sea evaporation and rain.

It’s not just our experience in the Maldives that leads me to this theory. About six or seven years ago we bought an outside ping pong table and for the first three years, played almost daily on it but in recent times it seems like every day is too windy to allow its use.

Anyway, back to the Maldives…

The weather put a damper on things for sure, it churned up the sea and even delayed our boat to the island but the two things that really spoiled it for me were the Chinese tourists and the rubbish in the water.

I went out on two organised and guided snorkelling trips and on both of them our Maldivian guide spent most of his time frantically trying to pull the Chinese tourists off the coral. They just never got the concept of marine conservation or how standing on the coral reef would cause it permanent damage. They trampled all over it and it seemed the wildlife was just sushi as far as they were concerned. It was dreadful. Back on our island, one of our party saw the Chinese catching the local crabs, they were pulling the legs off and stuffing them into a plastic bag. 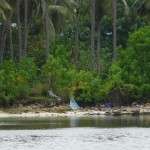 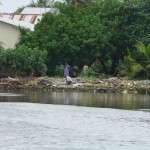 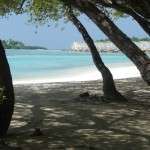 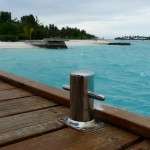 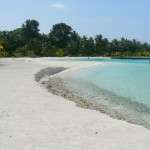 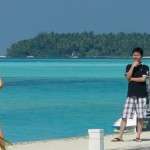 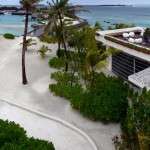 Every swim I made around Kandooma yielded another item of rubbish from the sea. This included surgical gloves, a credit card, coffee sachets, a can of nuts, even a 10 rupee note. Friends we met on the island had a similar experience and also brought out rubbish on a daily basis.

Kandooma was very well run, by some very nice people, they re-used glass bottles for water and gave us fresh oranges to squeeze every morning which was great. We were asked to take our rubbish home with us and staff were doing everything they could to establish new coral reefs to make up for all the damage of the boxing day tsunami. The snorkelling guides showed real concern for the reef but unfortunately the Chinese had them beat. What really depressed me is that the Chinese have only just begun to venture out as tourists. Only a tiny proportion can yet afford to do so but I really fear for the planet when 1.3 billion of them attain such power and money coupled a with complete disregard for the environment.

I now appreciate what an enormous effect fifty years of David Attenborough has had on our culture. 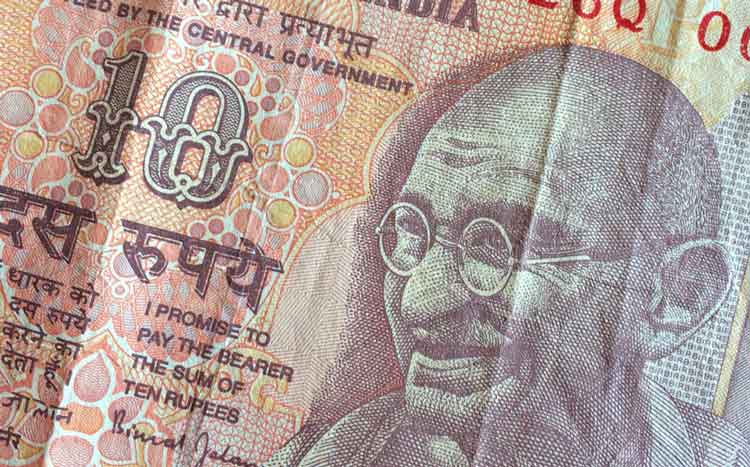