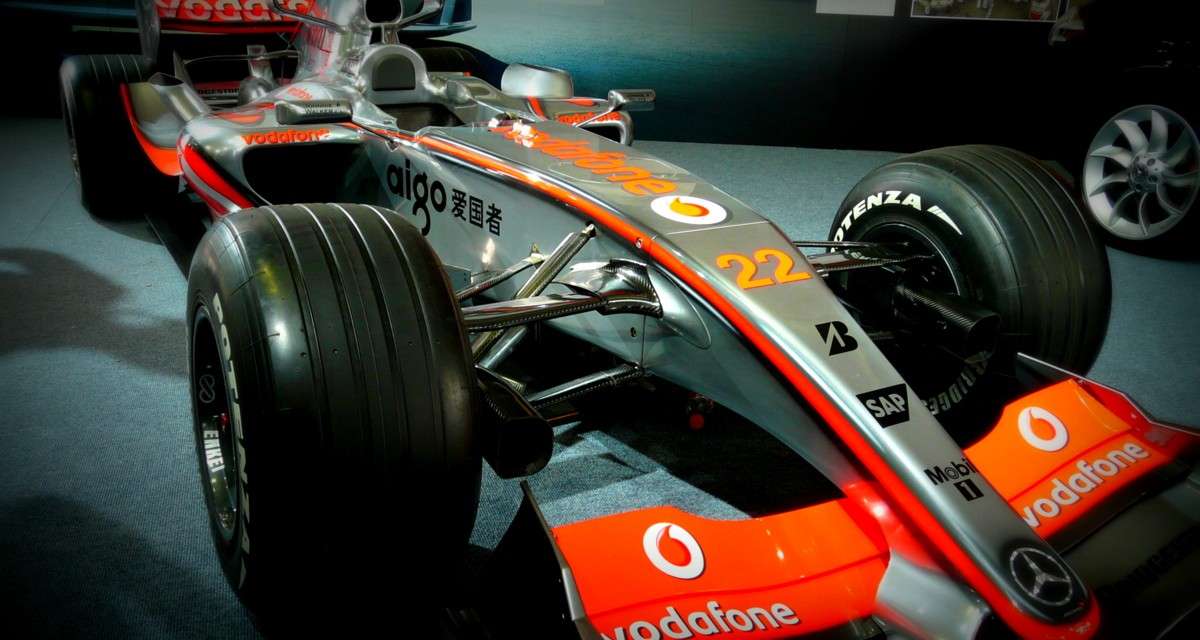 PROBLEM:
After languishing in the garage for a few months my Logitech Steering Wheel refused to work.

Plug in USB – both LEDs come on briefly, then the power LED goes off. Plug in power – right LED comes on and flashes slowly about 12 times, then continues to flash at double speed – no wheel movement.

SOLUTION:
The power supply is easy to check and mine was producing 24V as normal.

I decided to replace the driver ICs on the circuit board, These ICs are dual channel MOSFET transistors, the IRF7103 and IRF7342. I couldn’t source the 7342 so decided to try changing the 7103 only – the result when I powered on was a second or two of wheel movement then some smoke and a small flash inside the encoder motor. That was it! It seemed my motor (the left one with the encoder) was shorting out the power. I had measured the resistance across the motors and found that the one with the encoder was only 5 ohms and I almost gave up at this point but decided to open up the motor to see what caused the pyrotechnics.

The coils looked ok and the only thing looking wrong was a build up of carbon ‘mud’, in the gaps between commutator contacts. I cleaned this out and measured the individual coils – now all were around 17 ohms. I also cleaned out the left motor with some solvent spray and finally both motors measured 28-33 ohms. I applied 24V directly to each motor and they worked perfectly!

Spurred on, I replaced the 7103 MOSFET IC once again and… success, it drove the wheel. But only one way, I just needed to get hold of the 7342 IC and it could be a runner

DC motors are designed to run at high speed while power is applied and I think that’s where the problem lies with the Logitech steering wheel. In a previous life, I was a service engineer for Agfa imagesetters, which used two DC motors in a similar way, to tension film across a roller. In normal use they would move very little, so the designers incorporated a ‘motor cleaning’ routine that would simply run the motors at full speed for 30 seconds while the film was unloaded. This kept the brushes and commutator in good condition. Like a lot of other users my steering wheel wasn’t used for a few months and it was after this that it failed. I think the carbon dust from the motor brushes had turned into a conductive mud in this time (it was in a smokey damp atmosphere in my garage) and that shorted out the MOSFET transistors that drive them.

Finding a supplier for the IRF 7342 IC wasn’t easy so I bought the closest equivalent I could find from RS Components, this is catalog number RS 688 9137. 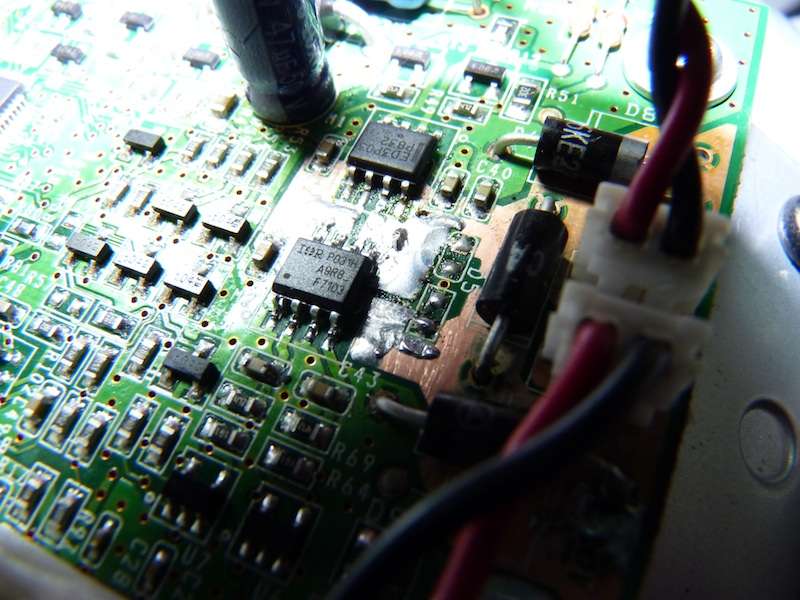 These power transistors are the last thing in the chain, before the motor, so always very likely to be the cause of a stationary wheel. Once I changed the second MOSFET IC all was well.

I also discovered that if the encoder isn’t working, the motors will stop running – they will move, but not very far. If your motors run for any time then the encoder is probably ok.
For what it’s worth, opto-couplers like on the encoder will never emit visible light – it’s always IR.
On the Circuit Board, the component marked F1 doesn’t look like any fuse I’ve seen before but since there’s no resistance across mine it may well be.
Another thing I discovered, the hard way, is that the rack and pinion gears need to be aligned properly. I thought I had it working but after I put it all back together the damn thing wouldn’t calibrate. I eventually realised I wasn’t getting the full 900 degree rotation of the wheel – adjusting the way the gears meshed fixed that and it calibrated perfectly. The rack should move fully to the left and right.

I hope this can help others to get their wheels working again – it seems so wrong that so many of these go to the landfill for the sake of a £1 IC. Shame on Logitech for ignoring the problem and refusing to sell spares.

DOWNLOAD my English translation of an excellent write up in Spanish by fellow wheel fixer sergioschumi.
Note this is a large 54MB file with HiRes photos.