There seems to be a common problem with these quite novel displays from LG where the backlight will stay on for about three seconds only. 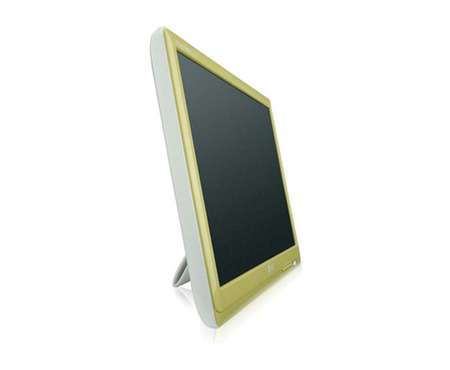 This YouTube video describes the problem but doesn’t explain how to open the display or fix the problem.

To get into the case I forced a small paint scraper into the join between the coloured front bezel and the white plastic back casing. Work your way around and prise the two halves apart. Watch out for the wire that connects to a PCB mounted on the bezel–squeeze the clip to allow its removal. Once it was opened I could see one corner of the LCD panel looking slightly melted – that’s where the problem lay.

To get to the tiny backlight tube you’ll need to take apart the panel. It’s not too bad a job but needs some care.

I had exactly the same issue as described on YouTube and found the connection to the upper backlight tube badly burnt. In the photo the grey wire had burnt away so I just had to extend it and remake the connection.

Clean away the rubber and burnt tape so that you can get to the connector at the tube end. 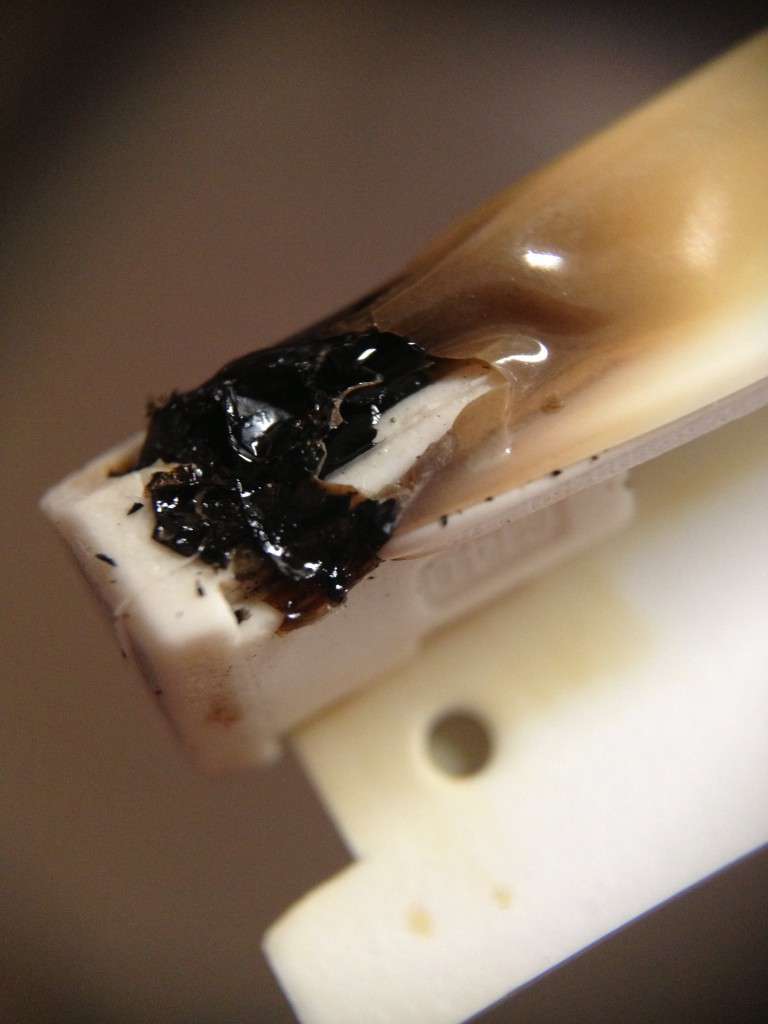 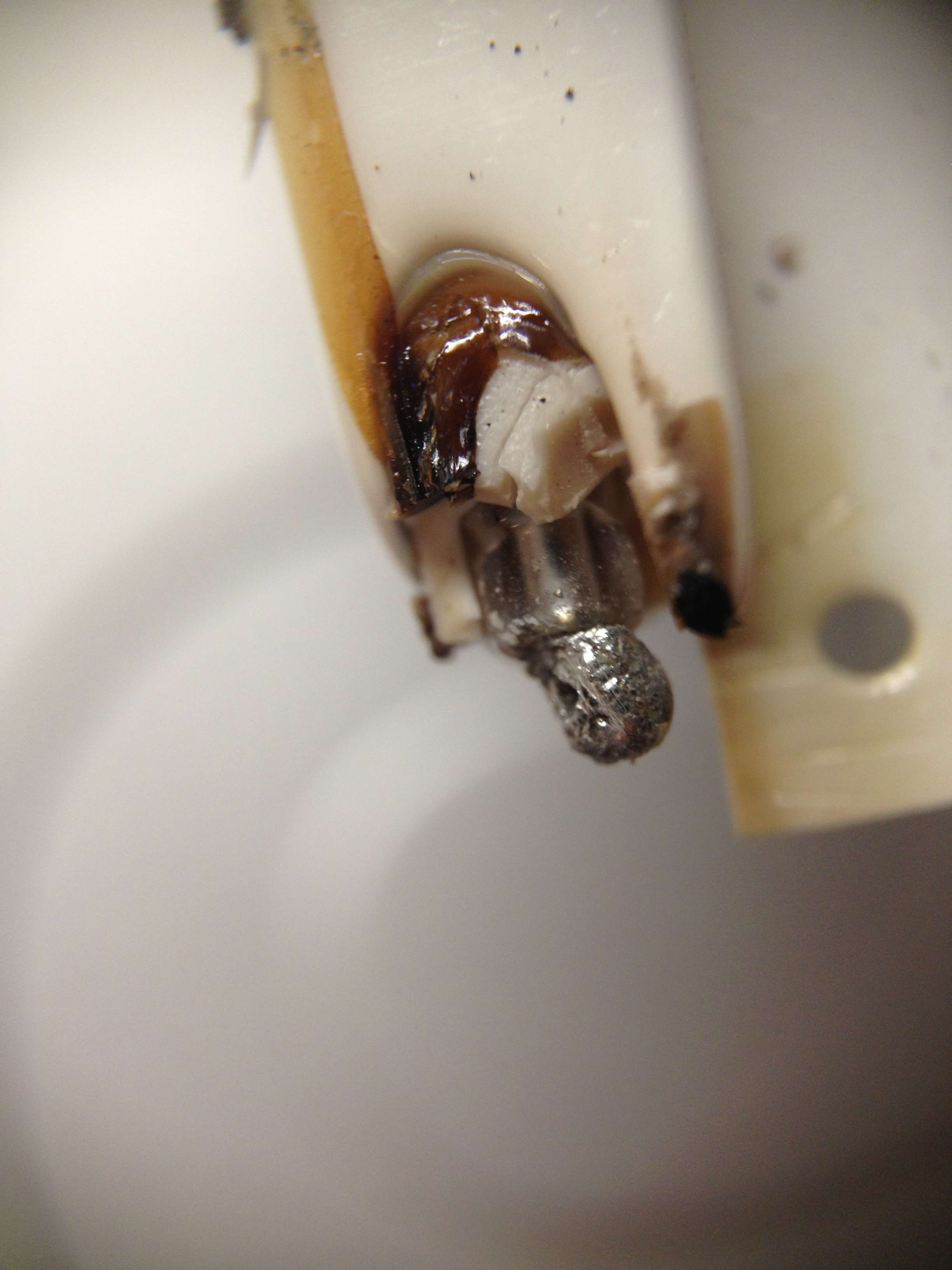 That top tube couldn’t have been working at all but you wouldn’t guess that from the screen’s appearance in the initial three seconds after powering up.

I cleaned it up, put a new blob of solder on the end and extended the grey wire to reach. Then replaced the tube and sealed the end with Sugru.